What's on your mind?

I have never seen a pink pine tree, not even in spring. Pine trees don't even change color, they're evergreens!

It is a good game

MrWindy mentioned "Long winter", and what a long winter it was.

Anyone get the reference?

I'm a relatively seasoned player at level 34 and I can go through an entire round without failing a computer once or even getting caught. However, if there's any beast or survivor on the opposite team that's a higher level, I generally lose.

My strategy is mostly to never open doors and to close any that are opened, crawling into any rooms with vents. I also play mostly in first person, only entering 3rd person in the lobby. This is because I can have a wider range of vision by just moving my mouse, plus my movements aren't hindered by any camera moving, since I can just walk backwards.

Anyone have some tips to add, though? I'd appreciate any help I can get.

Used to be my fav game

Literally I forgot this wiki existed

This wiki is boring.. only 29 pages.. some pages are empty (almost)

Hi this is my intro

So yeah sorry if i added unneccesary details but i like talking abt things so ya :D

DO NOT GO AFTER ANY OF THE CAMPERS. They are bad, but don't deserve harassment.

⬇️ I feel like I overreacted but that was how I reacted to the first camper. 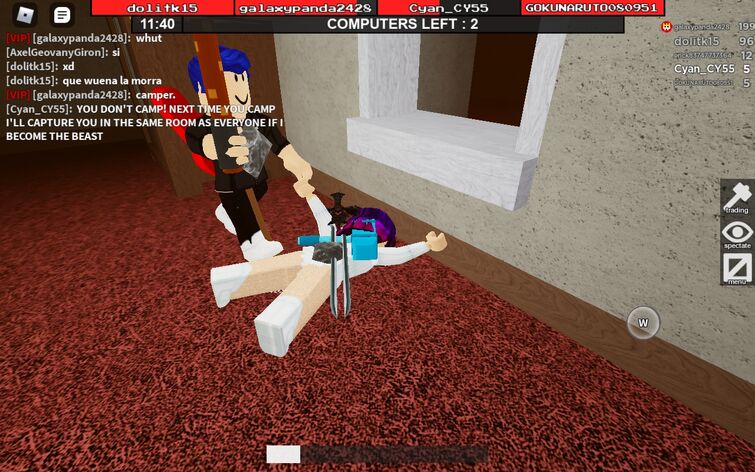 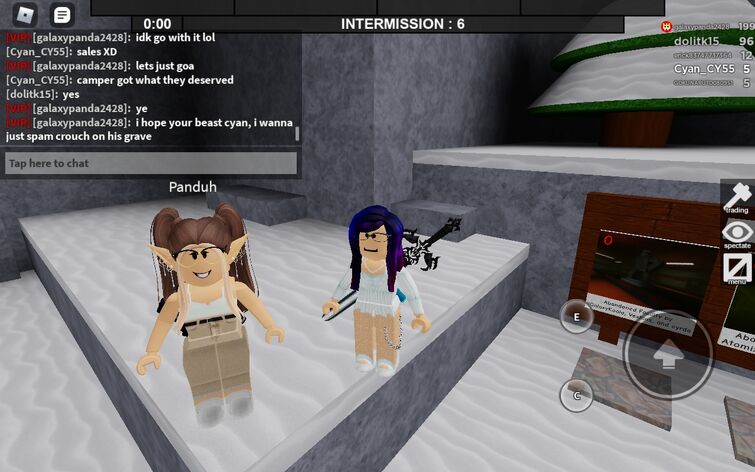 Extra note: The same person who said they hoped I was the beast said "DUDE, STOP" and "WE GET IT, YOU SUCK AT BEAST". I just hoped anyone besides the camper from that round would become the beast at the time.

Camper #2 (do you think they acted hypocritical?): 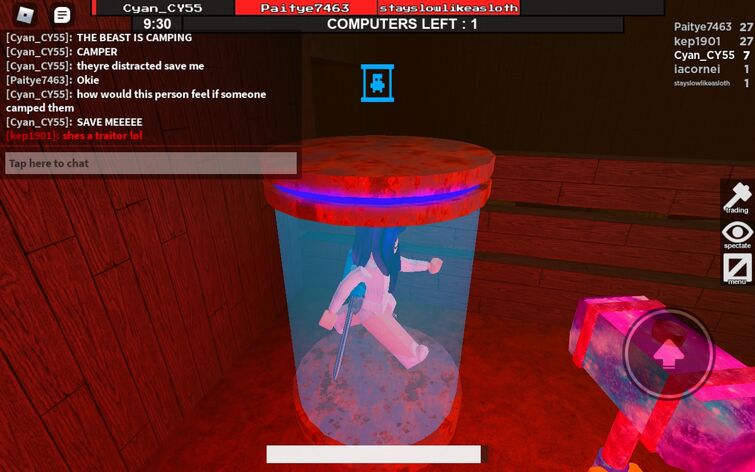 "she's a traitor lol" You mean the other player is busy trying to escape?

(This image below is where they (potentially) acted hypocritical) 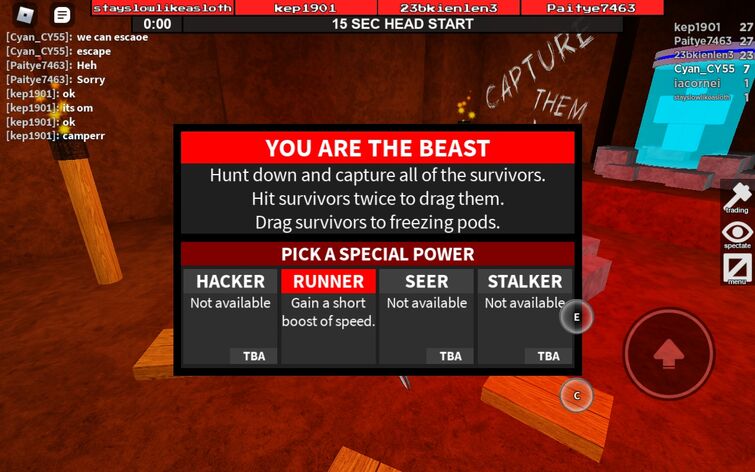 I JUST BECAME THE BEAST! WDYM "camperr"? Plus, I don't camp.

Camper #3 (this one left after I called them out btw): 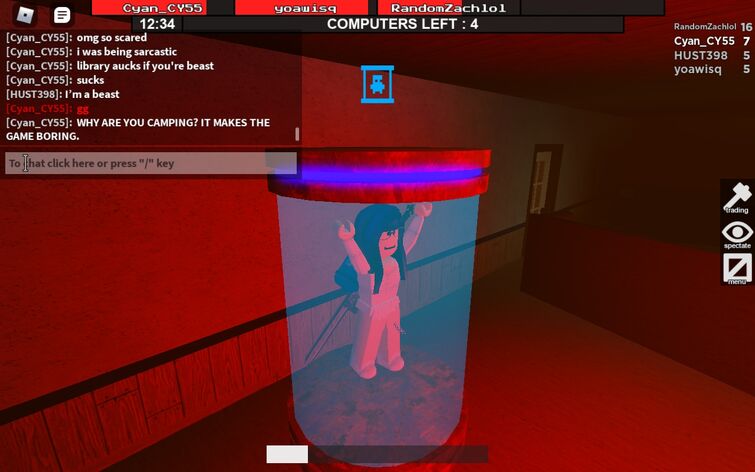 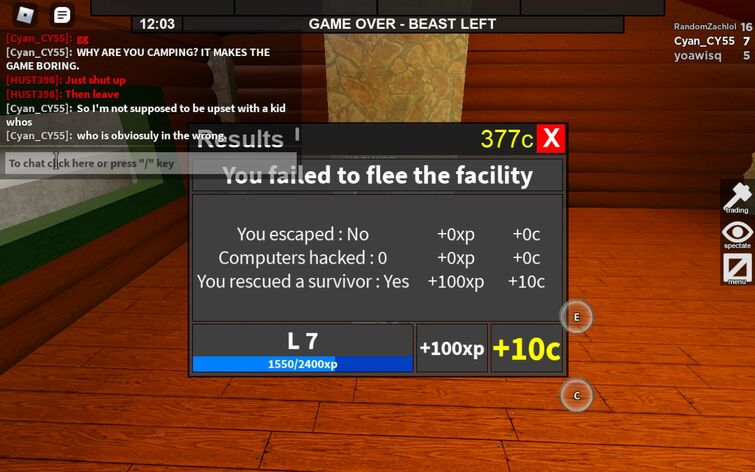 Welcome to 2022 Roblox! Where you're not supposed to be mad at someone obviously in the wrong! Gotta love it. 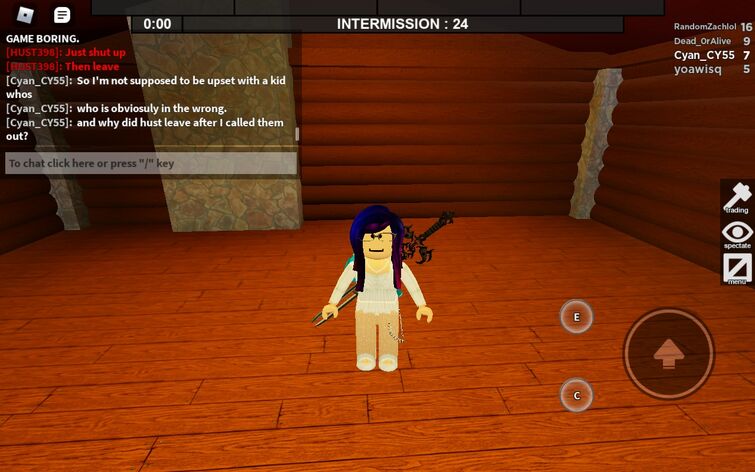 "Just shut up, then leave" Translation: "Shut up and leave, so I can camp in peace!"

I think I have overreacted in some of these instances. 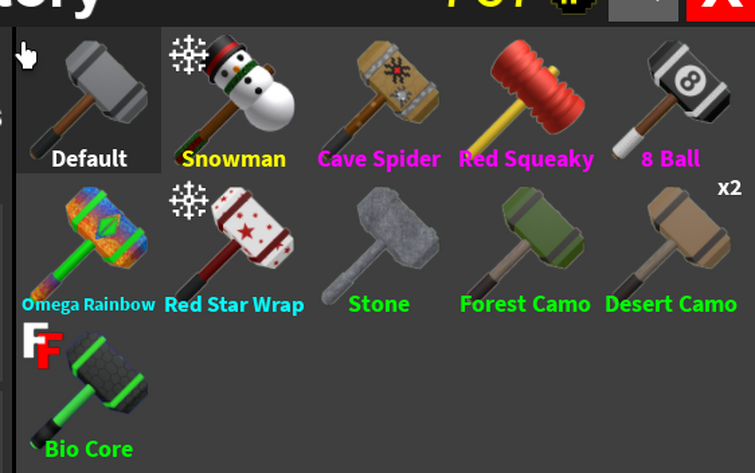 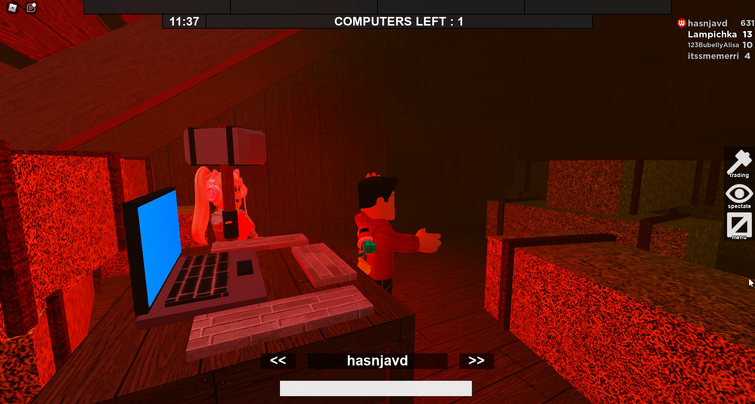 It's hard for me to find servers without 'em. 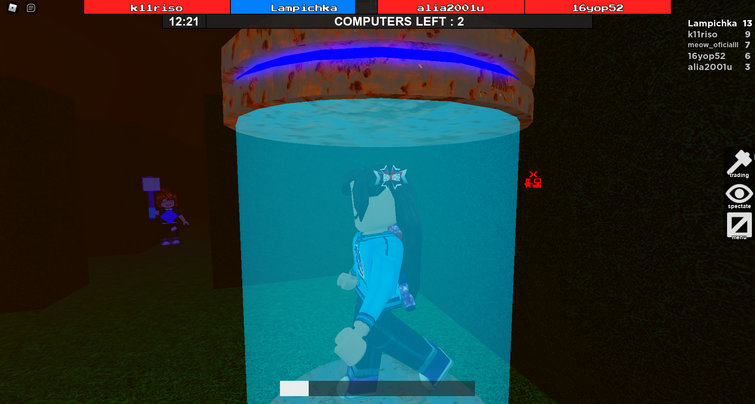 I do not know much about any values and I am looking for the gemstone for the warlock hammer. My offer is lil’tree hammer and 2 epics if anyone is interested.

New to the community here!

But i am looking for the midnight light set or just the hammer alone!

My offer is the krampus set! Have a great day ^^

Okay so when i’m the beast, and i put people in the chambers when the exits are open and they die, it doesn’t count as a win. the survivors captured will say 0, but they froze. I don’t understand why that wouldn’t count as a win…

I agree with you, I like both roles the same
No it's just you

Let me tell you a few facts about myself

I hope we get to know each other better!

I have blue nut cracker and toy elf and i haven't played this game in a long time so uh what is it worth?